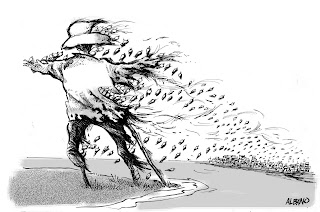 The following article was part of OFWJC's special publication 'Move.' The magazine was given to all delegates of GFMD Philippines.
Reporting from Tours and Paris, France and from Binangonan, Rizal Province, Philippines