The following article was part of OFWJC's special publication 'Move.' The magazine was given to all delegates of GFMD Philippines.

THE song about stopping the world and melting with somebody kept playing in my head while working on this magazine, especially on the cover story “Free Movement.”
The song’s lyrics may be about this thing called love but Mr. Jeremaiah Opiniano’s story sums up the level that Filipino migration achieved since the early 80s, the so-called second wave.
We have seen, felt, and moved with the changes in every wave: from the trickle of engineers to Middle Eastern countries to the surpassing by women of the number of workers going out.
While it remains suspect if these changes are getting better “all the time,” one thread links all these waves of migration—the human being’s dream of a better life, which as the song goes, “the kind which never hate.”
That dream is dreamt not only by the migrant Filipino already in any of the 190 countries she or he is in but also by his or her neighbor in a ramshackle house beside the migrant family’s semi-bungalow home. This is the point of Dr. Filomeno Aguilar in his story “Houses of Representatives.”
That dream is dreamt also by advocates for migrant welfare who ironically are working to erase their reason for existence by forcing the state to implement the law and serve its course. Read “Sheltered Lives” by OFW Journalism Consortium’s new reporters Luis Carlo Liberato and Ruben Jeffrey Asuncion to peek at this dream.
There are also dreams realized, unwittingly by forces beyond migrants’ control or shaped as they move forward with their lives. This was what Candice Cerezo tried to capture in her story about a caregiver-turned-millionaire, in “Caregiver, millionaire.”
Other stories here are equally palatable, as is the magazine’s aim of bringing migration policy debates to the level of human suffering and salvation.
That is our promise to the Embassy of the Royal Netherlands here, which forked the money for this project and to whom we are grateful.
We are equally grateful to the writers who accepted the task despite knowing the magazine’s budget excludes a promise of compensation.
Editing the stories here is like embarking on a pilgrimage where the sights and sounds encountered are both pleasing and rueful.
The latter you may find in any story is mostly the editor’s faults while the former—all the best details in the story—are the writer’s inherent skills.

Supported by the Royal Netherlands Embassy in the Philippines 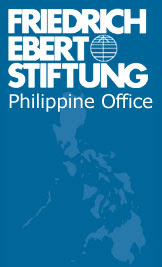 Email ThisBlogThis!Share to TwitterShare to FacebookShare to Pinterest
Posted by Unknown at 12:21 PM