Acting Socioeconomic Planning Secretary and National Economic and Development Authority (NEDA) Director General Augusto B. Santos said today in his presentation during the Cabinet meeting said that overseas Filipino remittances which have been stronger than forecast will help maintain the 2009 gross domestic product target of 0.8 to 1.8 percent for 2009.

Santos thus said that despite the impact of Typhoon Ondoy, "it is best not to move for now the target of 0.8 to 1.8 percent for 2009."

He noted that "using the latest available figures from the National Disaster Coordinating Council (NDCC) and the NEDA Regional Offices and Office of Civil Defense on the impact of damages caused by typhoon Ondoy, our preliminary estimate shows that the recent storm could reduce the real GDP growth rate in full year 2009 by at least 0.043 percentage points," Santos said. He added that given this, the DBCC growth assumption of 0.8 -1.8 percent for 2009 could decline to 0.7 -1.7 percent.

In his presentation, Santos said Typhoon Ondoy (international name Ketsana) damaged PhP108.9 million worth of infrastructure and crops and affected about 90,000 families as it brought a 40-year record-breaking, 41.6-centimeters total rainfall in a single day (the previous record was 33.4 centimeters in July 1967).

Santos also reported that the government is undertaking continuous search and rescue operations in affected areas and has ordered for temporary 24-hour operations of and a flat rate of Php10 for fare in LRT and MRT, as well as temporary price controls on basic commodities such as canned goods, candles, batteries, etc.
Email ThisBlogThis!Share to TwitterShare to FacebookShare to Pinterest
Links to this post Posted by Unknown at 12:55 PM 0 comments

DOLE urges employers to assist calamity-stricken workers; activates communication teams to bridge up OFWs and their families at home

Email ThisBlogThis!Share to TwitterShare to FacebookShare to Pinterest
Links to this post Posted by Unknown at 4:04 PM 0 comments

Google Responding to Typhoon Ondoy in the Philippines

Hope you and your family were not affected by Typhoon Ondoy. Please check out http://www.google.com.ph/landing/typhoon-ondoy.html for the latest news, donation sites, emergency hotlines, maps, that that might help you in getting up-to-date information.

Responding to Typhoon Ondoy in the Philippines

We are very saddened by the loss of life and the displacement of hundreds of thousands of people in Metro Manila and nearby areas caused by Typhoon Ondoy. To increase awareness of how Filipinos at home and overseas can stay up to date and aid in relief efforts, dozens of Google volunteers around the world have been working throughout the weekend and today to compile information about the disaster on this site: www.google.com.ph/landing/typhoon-ondoy.html.

The site contains a volunteer-maintained map of flood updates and persons needing rescue, the latest news from local media sources, a list of verified donation sites and emergency hotlines. It is also linked from Google.com.ph to give easy access to the 25 million Internet users in the Philippines and many more around the world.

Our effort is but one of many being organized by countless individuals and organizations across the country in the spirit of bayanihan, to help those affected by this disaster as quickly and as comprehensively as possible.

Email ThisBlogThis!Share to TwitterShare to FacebookShare to Pinterest
Links to this post Posted by Unknown at 2:28 PM 0 comments 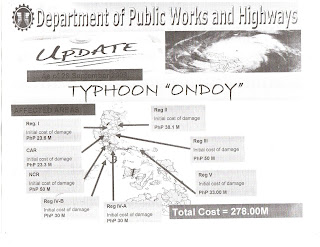 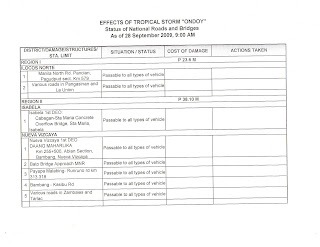 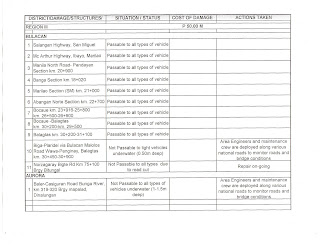 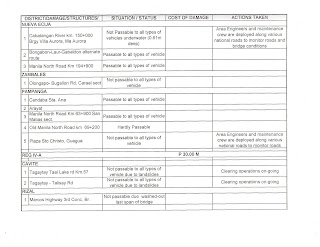 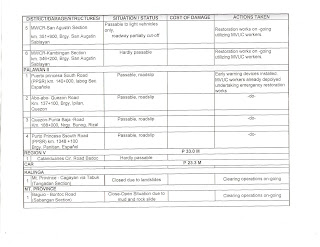 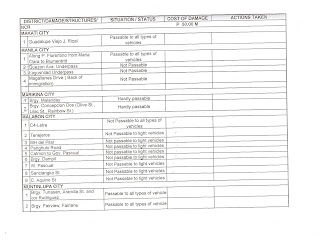 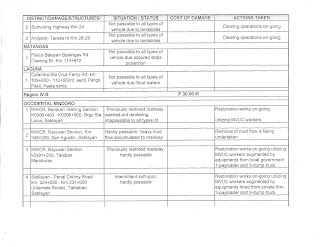 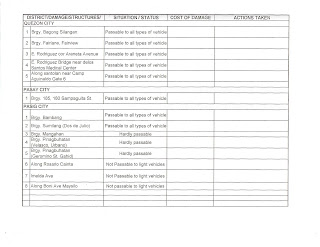 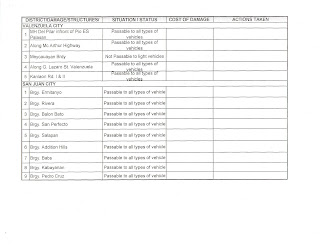 Email ThisBlogThis!Share to TwitterShare to FacebookShare to Pinterest
Links to this post Posted by Unknown at 4:23 PM 0 comments 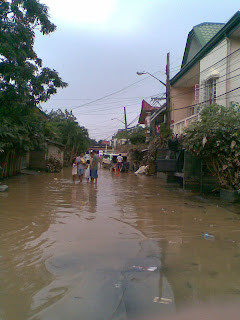 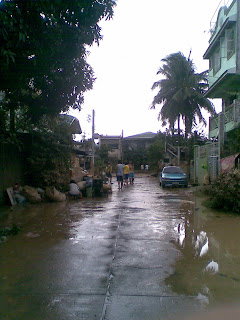 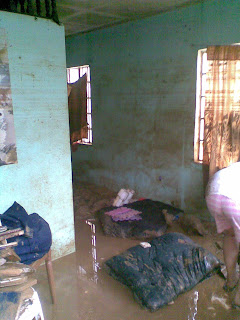 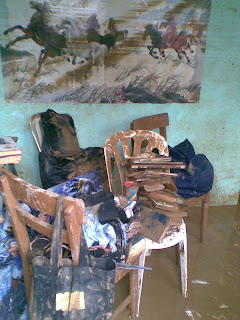 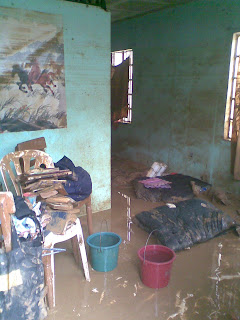 If you have pictures or videos of Ondoy's aftermath, please email it to us. Thanks to Alberto Liberato for his submission of these pictures.

Email ThisBlogThis!Share to TwitterShare to FacebookShare to Pinterest
Links to this post Posted by Unknown at 2:20 PM 0 comments

Promotion and protection of labor, human rights a nat’l policy in RP

Email ThisBlogThis!Share to TwitterShare to FacebookShare to Pinterest
Links to this post Posted by Unknown at 10:13 PM 0 comments

The Department of Labor and Employment (DOLE) today said the three-member
mission from the International Labor Organization (ILO) will meet with
members of the Lower and Upper Houses of Congress to look into labor laws
and policies particularly relating to the country's application of
international standards on the right of Filipino workers to organize.

Labor and Employment Secretary Marianito D. Roque confirmed that the ILO
mission is scheduled to meet with members of the labor and human resources
development committees of both Houses of Congress during its visit in the
country to identify gaps and provide assistance in addressing these gaps in
the existing Labor Code, as amended, in relation to the country's
application of ILO Convention No. 87.

The Convention provides for the right of the workers and employers without
any distinction, to establish and join organizations of their own choosing,
with a view to further and defend their interest, without prior
authorization.

Roque said the ILO mission composed of Director of International Standards
Department Cleopatra Doumbia-Henry and her deputy and a labor standards
specialists will also consult with labor and employers.

The Labor and Employment Secretary revealed that for a number of years, the
ILO has proposed for the introduction of amendments to eight Articles in the
country's Labor Code to strengthen the right of Filipino workers to
organize. The most important and highly contentious among the eight
provisions is Article 263(g) which allows the Secretary of Labor to assume
jurisdiction over national interest cases and in effect impose a strike ban.

So far, Roque said the country has already passed into law Republic Act.
9481, or "An Act Strengthening the Workers' Right to Self-Organization,
Amending for the Purpose Presidential Decree No. 442, otherwise known as the
Labor Code of the Philippines, which expands the capacity of federations and
national unions to organize local chapters and acquire representative status
for purposes of collective bargaining.

He also said the DOLE has included legislative reforms in the country's
decent work common agenda adding that tripartite consultations had been
going on for sometime to forge consensus on the proposed amendments. The
common agenda represents areas of consensus to be pursued by the tripartite
partners aimed at achieving decent work in the country. The Philippines is
one of the seven countries (along with Bahrain, Bangladesh, Denmark, Ghana,
Morroco, and Panama) that have piloted the decent work program based on the
ILO framework.

Meantime, the DOLE Chief said there are pending bills in the House and
Senate that seek to introduce amendments to the eight articles in the Labor
Code particularly Article 263 (g). Except for House Bill 5095 which seeks
to repeal Article 263 (g), the other seven bills seek to replace the phrase
'indispensable to the national interest" criterion with the concept of
"essential services," as suggested by the ILO and, thus, limiting national
interest cases to hospital, electrical services, water supply services,
medical institutions, communication and transportation, and transportation
services.
Roque said the executive branch will respect the principle of separation of
powers and subsequently leave to Congress the matter of calendaring the
bills for deliberation and appropriate hearings.

Email ThisBlogThis!Share to TwitterShare to FacebookShare to Pinterest
Links to this post Posted by Unknown at 10:12 PM 0 comments