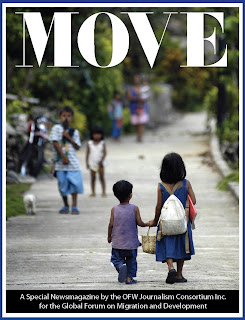 The following article was part of OFWJC's special publication 'Move.' The magazine was given to all delegates of GFMD Philippines.