Ecotourism Gets Spotlight in TOYM Awards 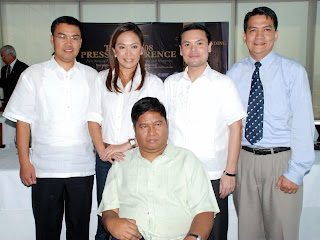 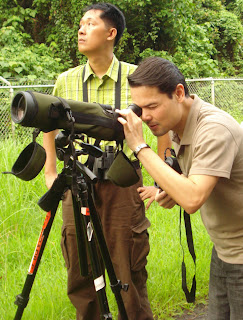 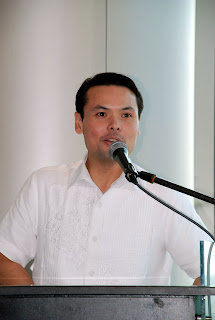 Along with four other distinguished young Filipinos, Tourism Secretary Ace Durano is a recipient of the highly anticipated and well-renowned TOYM (The Outstanding Young Men) Award this year, for his efforts and achievements in ecological tourism.

The tourism chief conveyed his strong belief that, "As a nation, there are more things that unite us than divide us. There are things we can do together that can make a remarkable difference."

The awardees were chosen by a formidable Screening Panel and Board of Judges composed of previous TOYM honorees and respected leaders in various fields, which include former Philippine Ambassador to the United States, Hon. Albert F. del Rosario with members Alfredo C. Antonio (Member, Monetary Board of the Bangko Sentral ng Pilipinas), Ryan P. Cayabyab (Award-winning conductor and composer), Edgardo G. Lacson (President of the Philippine Chamber of Commerce and Industry), Hon. Maria Gracia Cielo M. Padaca (Governor of the Province of Isabela), Hon. Henrietta T. De Villa (Chairperson of the Parish Pastoral Council for Responsible Voting), and Gen. Alexander B. Yano (Chief of Staff of the Armed Forces of the Philippines).

"This award is not a recognition of what I have accomplished, but what the Department has attained in its ecotourism and marketing efforts," Durano said at a recently-held press conference at the ELJ Communication Center in Quezon City.

A committed advocate of ecotourism and education, Durano has been the youngest cabinet member in the Arroyo Administration. Before his appointment as tourism secretary, he was the Representative of Cebu's 5th District.

Organized by Junior Chamber International, Inc. (JCI), or Jaycees, the TOYM Award is widely recognized as the country's most prestigious recognition for young men and women whose selfless dedication to their field resulted to significant contributions to our country and countrymen.

"TOYM aims to honour the best of the Filipino. Having only five honorees from among numerous nominations this year is a testament to TOYM's strict précis in selecting the awardees," JCI Member and TOYM organizer Ramfel Preclaro said.

According to a TOYM Statement, "Durano has formulated well-focused campaigns, launched ecological tourism programs that market the natural endowments of Philippine travel sites. Under his leadership, tourism in the Philippines is now rated as the best improved and performing in Asia."

Durano also acknowledged the Department's partnership with various NGOs, and socio-civic groups. "Eco-tourism was pushed forward through our team-up with committed and efficient organizations such as US-AID, New Zealand AID, Bantay Kalikasan, Philippine Eco-Center, Haribon Foundation, among others."

He added that, "We should continue working towards promoting ecotourism in the country; as this links to the welfare of rural communities. People patronizing ecotourism destinations and practicing responsible and sustainable tourism will lead a strengthened relationship."

His fresh marketing strategies, organizational skills, and marketing expertise have propelled the Department of Tourism to greater heights since his appointment in 2004, as observed by his team.

"He implemented a number of new initiatives that reinvigorated growth in arrivals from foreign markets and pioneered growth in new markets, increased tourist spending as well as generated interest in tourism investments and business opportunities," Undersecretary for Tourism Planning and Promotions Eduardo Jarque, Jr. noted.

Jarque added, "He encouraged creativity among his market teams, which has led them to prioritize markets with the greatest potential if sending visitors to the Philippines."

The DOT Office on Tourism Development Planning and Statistics reported that 2007 saw breakthroughs in Philippine tourism. Foreign arrivals breached the 3 million mark and tourist expenditures posted a hefty growth of 40.99 per cent, reaching US$ 4.885 billion, surpassing the US$ 3.782 target.

This strategy has paid of with the country benefiting greatly from its active participations in various travel and trade fairs and expositions in Asia and Europe.

Durano looks forward to the coming year with optimism, saying, "2008 has proved to be a better year for the industry with positive growth rates both in arrivals and tourist spend."

The young and dynamic Tourism Secretary also said, "We encourage everyone to visit other communities and travel to ecotourism sites this Christmas. Ecotourism is the way to go."

Also a Development Champion of the Central Philippines Super Region and Cabinet Officer for Regional Development (CORD) for the CARAGA Region, the tourism chief has also received honorary distinctions from the Philippine Military Academy (Class '79) and Lieutenant Colonel (reserve) of the Philippine Air Force.

The annual search is jointly presented by Junior Chamber International Philippines with the TOYM Foundation Inc. and the Gerry Roxas Foundation Inc., together with this year's corporate sponsors BDO, PLDT, Splash Corporation, CamSur Watersports Complex, the Manila Bulletin, JCI Sen. Dennis L. Cunanan, and the Philippine Amusement and Gaming Corporation.
The formal awarding ceremonies will be held at the Rizal Hall of Malacañang Palace on Saturday, December 20, 2008, with Her Excellency President Gloria Macapagal Arroyo as the Guest of Honor.

Labels: press release
Email ThisBlogThis!Share to TwitterShare to FacebookShare to Pinterest
Posted by Unknown at 12:36 PM